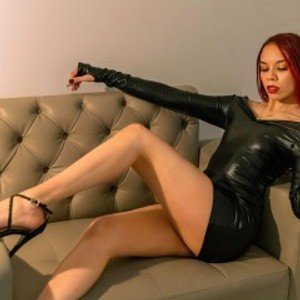 There were chicks who were double penetrated on their bumholes until their poop was all over both penises and a dude in bondage with ants on his entire cock stinging him from base to tip. And many more.

So basically Heavy-R caters to the most twisted, weirdest, and darkest fantasies.

After checking out this site, I still wasn't sure what R stands for on Heavy-R. Maybe it's“Rape” or “Really, really fucked up shit”. I guess I'd go with the latter as it perfectly describes this site's content.

When I was on the homepage, the platform introduced itself by telling me to strap on my latex suit, put on my gas mask, and prepare myself for action. If I knew better during that time, then I might have taken extra caution in watching the videos.

Heavy-R has a straightforward design

And ironically, the site has a clean interface — a white background with a red banner and red text.

On the left side of the page, I saw the “Today's Favorites” tab that contained thumbnails in a list form instead of a gallery. While on the right, I found the thumbnails of the recently added scenes as well as the top site contributors and featured pics. It really looked like any other normal and decent tube sites out there. But I know that looks can be deceiving.

To the right of that menu bar, I found the search box. Here, I was able to key in anything that can help me find my desired content. The login or sign up area can also be seen here.

I have to admit, there's nothing special with Heavy-R's media player. But what I liked about it was it had no ads and the videos were decent quality. I didn't even encounter any lags or buffering while watching the clips.

But whether you have a thing for it or not, it's still worth checking out. After all, we only live once, right?