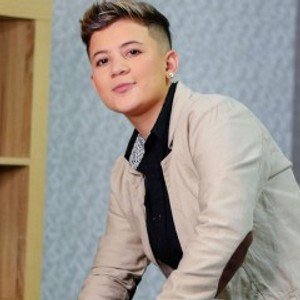 Check Out These Amanda Cerny’s Nude and Sexy Shots!

Does the name Amanda Cerny ring a bell?

Well, you may have heard about her because she has made quite an impact on different social media platforms. In fact, she has more than 35 million followers on her social media accounts and the number continues to grow every day.

Amanda is one of the most sought after personalities online, not just because of her good looks but also because she’s a total package. She’s fun and hilarious, has a dirty yet beautiful mind, a fierce smile, and a banging body.

That said, it seems that Amanda ain’t going anywhere but to stardom. She has a gorgeous physique, and she enjoys posing for nude photoshoots. Her obsession with fitness is also very impressive.

Back in the days, Amanda’s family thought that she’s a tomboy because she’s very athletic and interested in fitness and sports. When she was 11 years old (which is way before her nudes circulated online), she reached black belt status in karate.

On top of that, Amanda also enjoyed playing video games like the Sims and Grand Theft Auto. In high school, she was the school varsity in track and field. Aside from excelling in sports, she also has the top marks in school — all A’s.

Amanda only started her modeling career when she was 15 but at first, it was only for fun.

On her 18th birthday, she went skydiving and even admitted in her recent interview that she’s an adrenaline junkie. She’s also a vegan which goes along with her obsession with health and fitness awareness.

After high school, she took a major in international affairs at Florida State University with the goal of becoming a CIA agent.

Amanda was a sorority member of Kappa Delta and her sorority friends were the ones who urged her to become a model. They convinced her to send some pictures of her in a bathing suit to Playboy.

Although she got her mother’s full support, it was a different story with her dad. It took quite some time before he came around and gave her the support she wanted.

Going back, the people at Playboy liked her photos and soon after, she relocated to Los Angeles.

If you want to see her in her naked glory, then Playboy can be your go-to place. Amanda has loads of images on Playboy that showcase her jaw-dropping figure in different angles.

Her career skyrocketed when she became a part of Playboy world. Hue Hefner even gave her the title Miss October 2011 and is considered to be one of the sexiest Playboy Playmates.

Maybe you’re wondering what’s a Playboy Playmate. It’s a female model who is featured on the centerfold of the magazine and is considered to be the playmate of the month. These girls are rewarded $25000. And the magazine will also write basic info about them as well as the turn-ons and turn-offs.

Here’s the thing — Amanda’s nudes are something you may not want to miss! Looking at her from head-to-toe may give you the feeling that you want to release all the sexual urges inside you.

Amanda decided to stay in LA and continue her modeling career. And boy, does she have the hottest pics!

She achieved her dream of traveling around the world and after her success with Playboy, she was offered numerous modeling gigs. One of the companies that she has worked for was Sports Illustrated.

Amanda has made an impact on different social media platforms on the internet. She started posting on Vine and it seems that she’s really the total package both physically and intellectually.

Each of her clips may contain elements of intellect, beauty, sex appeal, and humor which may be the reason why she became a sought-after celebrity.

Did you enjoy looking at buck naked images of Amanda Cerny?

If so, you may also want to check out Alexandra Daddario's nudes.

Best Place on the Web to Get Your…

Feast Your Eyes with these 30+ Amateur Nude…